PREVIEW: My Date With Monsters #1

Star Wars: Visions offers fans of the franchise a chance to see it through new eyes. Each short story is animated by a different anime production company and features an original story with new characters. One episode, in particular, is titled "The Ninth Jedi" and tells a story of hope revolving around lightsabers. The short also introduces a character that harkens back to an age-old lightsaber tradition that transcends both Star Wars Legends and canon lore.

The episode takes place in a distant future where the Jedi are obsolete. However, even without peacekeepers, there are still threats. As a result, a man named Margrave Juro seeks to bring back the Jedi Order and calls upon a handful of Jedi with a strong enough connection to the Force to help bring balance to the galaxy. The only drawback is they will have to wait for their lightsabers to be brought to them by the forge-master, Lah Zhima (Simu Liu). Zhima is a Force-sensitive who uses an age-old method to forge kyber crystals and the hilts they will reside in. But the technique that he uses is unlike anything seen in canon lore. 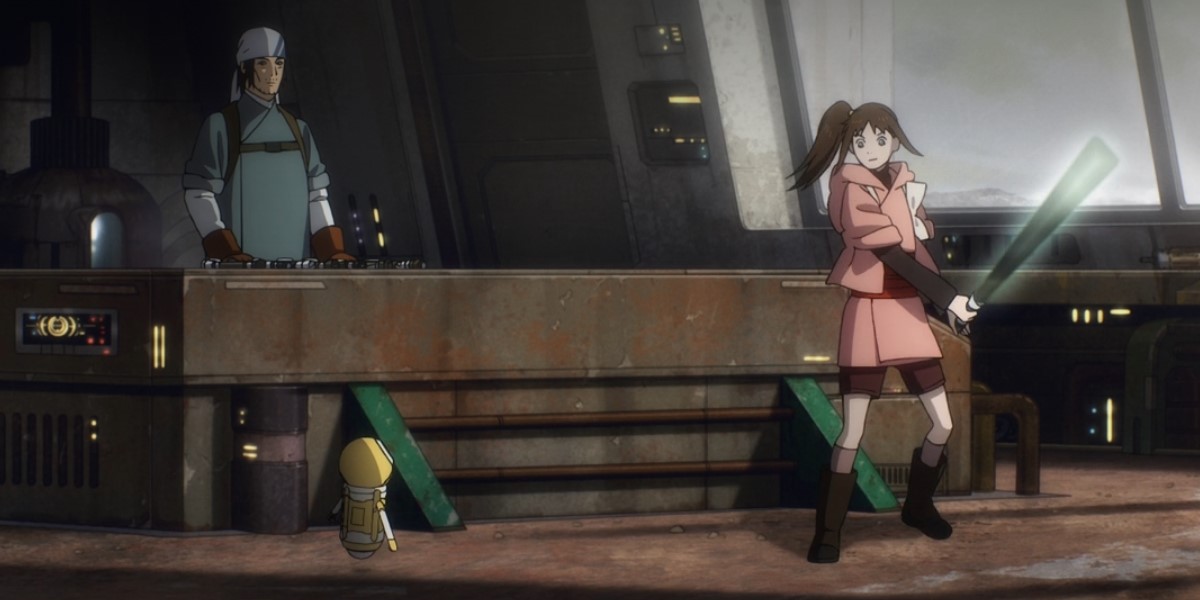 In the canon Star Wars universe, Jedi are taken to the planet Ilum to obtain their crystals, which are able to bond with a youngling because they're alive. Once infused with the Force, the younglings begin to create their own hilt. However, they never do this alone. An architect droid professor named Huyang helps them in the construction, as he has done for centuries. But for Sith Lords, their red blades result from obtaining a saber from a Jedi they've killed and "bleeding" its kyber crystal with the Dark Side to give the blade its red hue.

In the Legends timeline, lightsabers have a more detailed history that loosely aligns with what is seen in Visions. Initially, the sabers used to be tied to a battery pack by a long cable. Duels often revolved around trying to cut the cable. However, once an independent power source was added, battery packs were obsolete. These sabers were usually constructed using a forge from as far back as the Je'daii on Tython. These forges helped create lightsabers and the crystals within them, which weren't alive like in the main canon. Sith Lords had to use synthetic crystals, which were often unstable. 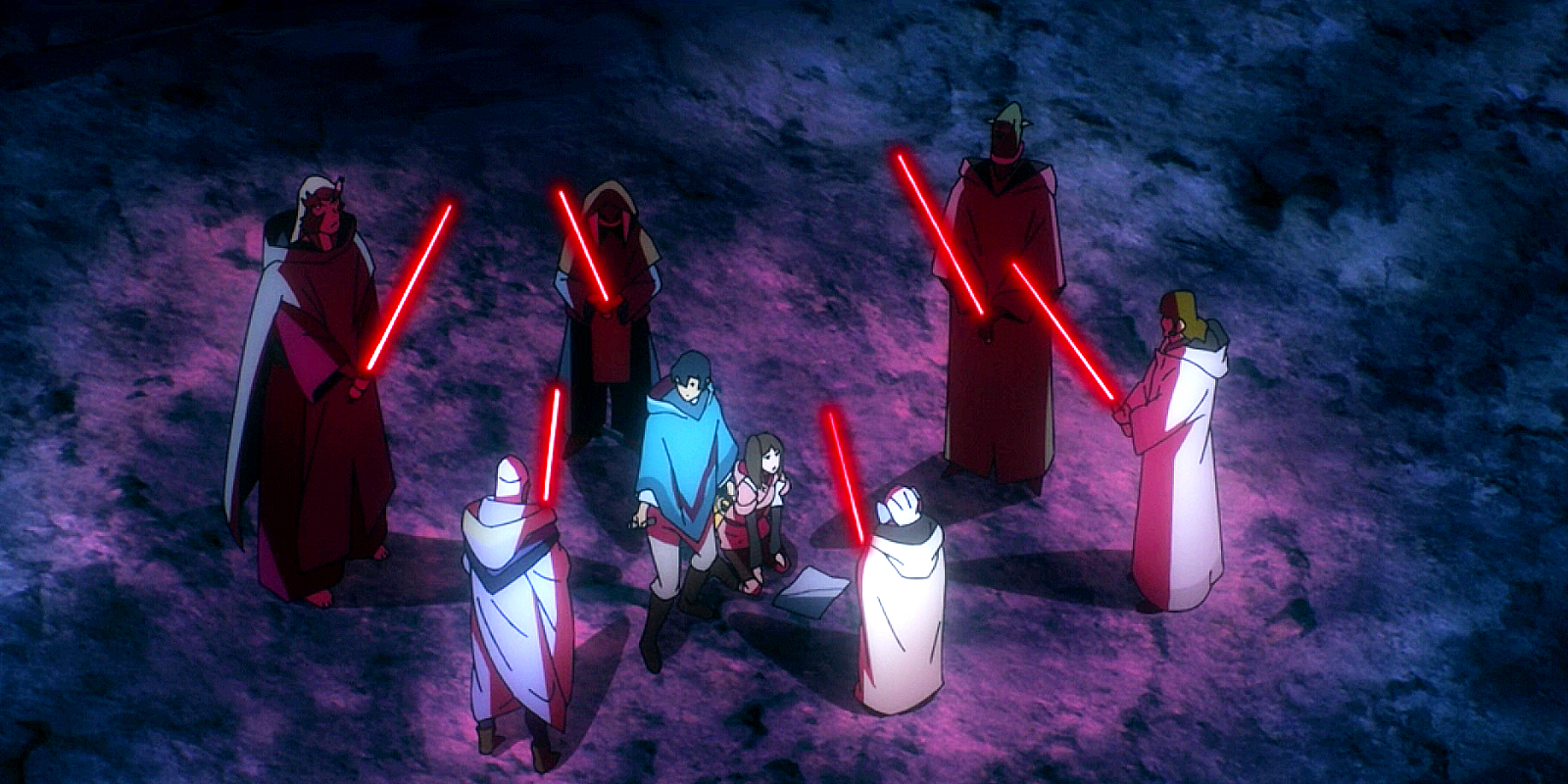 "The Ninth Jedi" evolves these histories even more by reintroducing a saber forge. In this reality, Zhima is the only one who can forge lightsabers. In fact, he is so skilled in the Force, he can manipulate the crystal so that its color is chosen based on the user's connection to the Force. This is shown when his daughter, Kara, ignites a blade that has a translucent grey hue, indicating her weak connection. However, when facing off against Sith Lords, her blade becomes green as her connection grows stronger. It's a feature unlike anything shown in Star Wars before and helps exemplify the importance of lightsabers in both the Jedi and Sith communities.

Star Wars: Visions has shown how unique the galaxy can be when showcased through the eyes of various fans. "The Ninth Jedi" displays the power of belief and the symbolic and mechanical importance of a lightsaber. Through Lah Zhima, fans can see history brought to life as he resurrects an age-old technology to recreate a Jedi's most trusted tool.