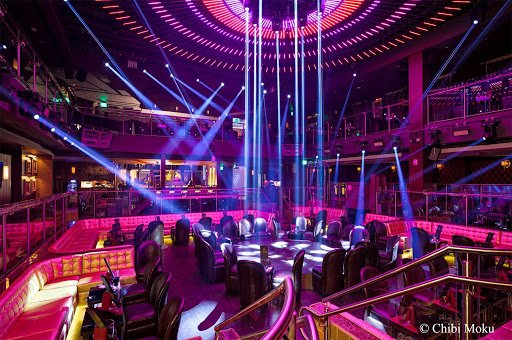 Rejoice, Irregular at Magic High School fans. After an agonizing six-year wait, siblings Tatsuya and Miyuki Shiba and all their friends and comrades are back for more magic-induced adventures as Season 2 finally gets underway. The premiere doesn't give much of a reintroduction either, instead diving straight into the action. A new transfer student from the US arrives at First High School in Japan with a secret identity, while a group of magician soldiers from the United States of North America (USNA) have gone rogue and are committing murders via arson.

Enter Angie Sirius, the Strategic-Class magician of the USNA Army's elite Stars unit, who has been dispatched to deal with one of the lead fugitives -- one of her own comrades -- by any means necessary. When a rooftop chase ends with the suspect surrounded, he tries in vain to attack Sirius, after which she murders him. Just before she fires her spell, however, the man's eyes change to an entirely different color with a wide grin on his face, suggesting he was possessed.

Back in Japan, Miyuki's friend Shizuku Kitayama has left to study in the US for three months via a foreign exchange program. In return comes a gifted Course 1 student named Angelina Kudou Shields, who makes the most adorably awkward intro to Japan. Tatsuya and the gang -- notably including his shinobi master Kokonoe Yakumo -- make the traditional New Year's shrine visit together when Tatsuya immediately notices someone watching them from the shadows. It's Lina, who is many things but not a spy, trying and failing to hide while also wearing an exceptionally bright and multi-colored kimono with a skirt underneath. Realizing she's been exposed, she walks past the group without a word but shares a tense glance with Tatsuya.

On the surface, Lina is an exchange student in Japan to study at First High School for three months. However, she is also Angie Sirius, one of only 13 known Strategic-Class magicians in the entire world. Tatsuya immediately suspects her true identity, though he cannot fathom why the US would send its most powerful magician abroad when nations are normally loathe to let out any magic-based secrets.

Lina's true mission is to discover the magician behind the events that concluded Season 1 -- when Tatsuya secretly used the Strategic-Class spell Material Burst to destroy an entire naval base and its invading fleet. She successfully befriends Miyuki, Honoka and other Course 1 students, along with Tatsuya's group from Course 2. Quickly deducing there is more to Tatsuya than meets the eye, she greets him alone in a hallway and asks why he is labeled as an Irregular magician. He explains to her, truthfully, that standardized school tests measure a magician's ability in various categories, not just pure combat strength. When Lina suddenly shows a desire to test that strength, however, Tatsuya does not hold back. He blocks her attempted spell and clutches her wrist, hard. Both are working to keep their true identities hidden, so their remaining conversation is short.

Lina's multi-faceted character reveals some key similarities and differences to Tatsuya. On one hand, both are rare and powerful Strategic-Class magicians secretly working as soldiers alongside their daily student activities. On the other, Lina is much more of a typical teenager: awkward, kind, a bit uncertain, sometimes silly yet combative and fiercely determined. While both have proved capable of killing criminals or traitors, there are hints that Lina struggles with taking another's life. This is completely natural for a person of any age, let alone a teenage magician. Alternatively, Tatsuya is largely cold and emotionless, killing without a second thought as long as he's following orders and protecting Miyuki. These opposing perspectives will almost certainly lead to more conflict between the two.

Lina's stay grows even more complicated when a message from her commanding officer reveals that the other escaped Army fugitives have arrived in Japan. Her new priority mission is to find and apprehend them. The final scene shows two dark, mysterious figures standing over a third, seemingly dead figure. Suddenly, he awakens with the same bright green eyes as the soldier Lina killed back in the US. The mysteries and intrigue are building fast as danger begins to circle around Tatsuya, Lina and all of Japan's magicians.