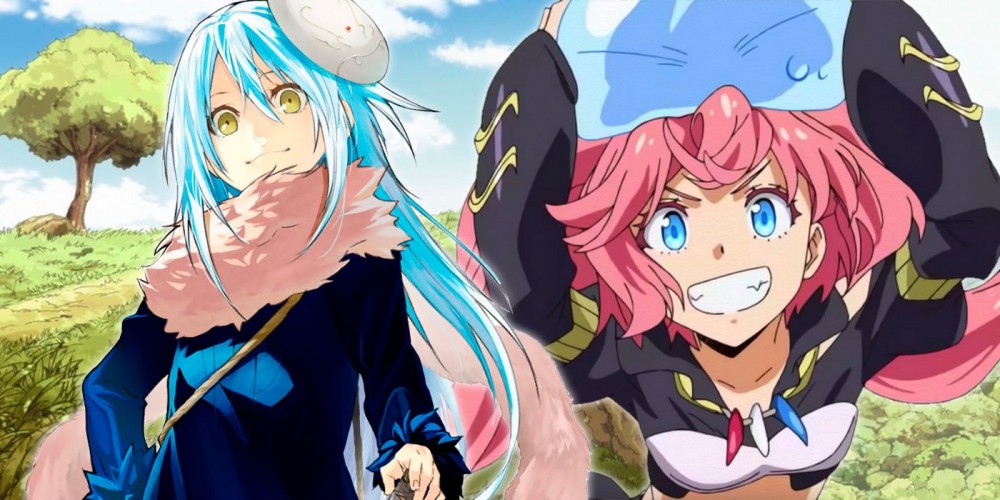 WARNING: The following contains spoilers for That Time I Got Reincarnated as a Slime, now streaming on Crunchyroll.

That Time I Got Reincarnated as a Slime is an ongoing isekai series starring Rimuru Tempest, the heroic slime that seeks to create a new kingdom for all monsters in the world, from lowly goblins to pig-like orcs and the ogre tribe. One of his earliest allies was another isekai hero, Shizue Izawa, but tragically, Shizue's apprentice Hinata has vowed to see Rimuru dead.

In theory, Hinata Sakaguchi could have become one of Rimuru's most loyal allies, since she was the devoted apprentice of Rimuru's friend Shizue, but circumstances turned out very differently. Hinata has become a minor antagonist in the series, and there are a few reasons for that. She also has formidable combat skills that rival even Rimuru's own.

Hinata Sakaguchi is an Otherworlder like Rimuru and Shizue. Born in real-life Japan, she was eventually summoned to this isekai world, where she thrived. Hinata joined the Western Holy Church and the Holy Empire of Ruberios as a knight, and at one point, Shizue Izawa, who had learned from a masked female Hero, took on Hinata as her apprentice and trained her. Shizue showed Hinata great kindness, and Hinata became attached to Shizue and would defend her to the death.

Later, Hinata was informed that her beloved mentor had died at the hands of Rimuru Tempest, a monster, and she sought revenge. As of this point in the anime, Hinata is unaware that Rimuru had absorbed Shizue with the latter's consent. To Hinata, Rimuru's use of Shizue's mask is evidence enough of the supposed murder that Rimuru had committed.

As a member of the Western Holy Church, Hinata is sworn to fight and destroy all monsters in the defense of humanity. Disciplined and stubborn, she sees no need to make an exception for the peaceful and diplomatic nation of Tempest. During the Falmuth Kingdom's assault on Tempest, Hinata ambushed Rimuru Tempest in an open field, trapping him inside an anti-magic barrier that she conjured and fighting him in a fierce duel. Rimuru faked his death to escape, and later on, Rimuru determined that Hinata would return to finish off Tempest on Church business.

He didn't even need to track down Hinata and confront her; she would come to him sooner or later, unaware that her beloved Church and the Falmuth Kingdom were both being manipulated by Demon Lord Clayman. Hinata is nothing less than a deceived puppet of Clayman.

Hinata Sakaguchi is a knight commander in the Holy Empire of Ruberios and a formidable fighter, even when facing Rimuru Tempest himself. Hinata is fierce and ruthless, but also cunning, not engaging Rimuru until she had trapped him inside an anti-magic barrier to rob him of his best spells. Rimuru couldn't even summon his allies to aid him while inside the barrier, which continually saps the strength of any monster within it.

In combat, Hinata is primarily a swordswoman, and she can wield rapiers with incredible speed and advanced technique, including her ability to leap dozens of feet across the battlefield to reach her opponent. In her duel with Rimuru, Hinata wielded a particular rapier called Dead End Rainbow, a unique weapon with a deadly effect. Hinata can slash the opponent's spirit directly with Dead End Rainbow, and the seventh strike will shatter the opponent's spirit and mind, killing them even if their body is not fatally wounded. This weapon posed a grave threat to Rimuru, who narrowly avoided death by creating a clone of himself and allowing it to take the brunt of Hinata's attack. Enemies with resistance to spiritual attacks can survive more than seven hits but are still vulnerable to this rapier's effects to some degree.

In addition, Hinata can fling dozens of paper talismans at her opponent to perform the Astral Bind technique and trap the opponent inside a spherical energy barrier. She can also summon five spirits to fight for her, and she can perform the devastating Disintegration spell to obliterate a target inside the affected area -- a spell that had the power to destroy Rimuru's body double without a trace.