REVIEW: BiG's The Oates & The Elphyne

In the hypermodern, elasticated realm of funk created by Harvey Sutherland, anything goes. And it’s only helped him to lay the groundwork for a self-coined term that the producer experiments with: ‘neurotic funk’. There’s no real rhyme or reason to that concept, it doesn’t have many borders, but it allows Harvey Sutherland to create a world of genre-pushing music without limits.

A decade in production later, Harvey Sutherland’s discography finally sees the addition of his debut album, ‘Boy’. On the back sleeve of the Melbourne-based musician’s latest record, you can find a blueprint made up of graphs, diagrams, and cryptic messages: “Even the most unfunky moment can be funky”, it reads, “it’s not that the player plays funk; it’s that the player is played by funk.” All paths lead to one big question: what does it mean to be funky? Harvey Sutherland dissects. 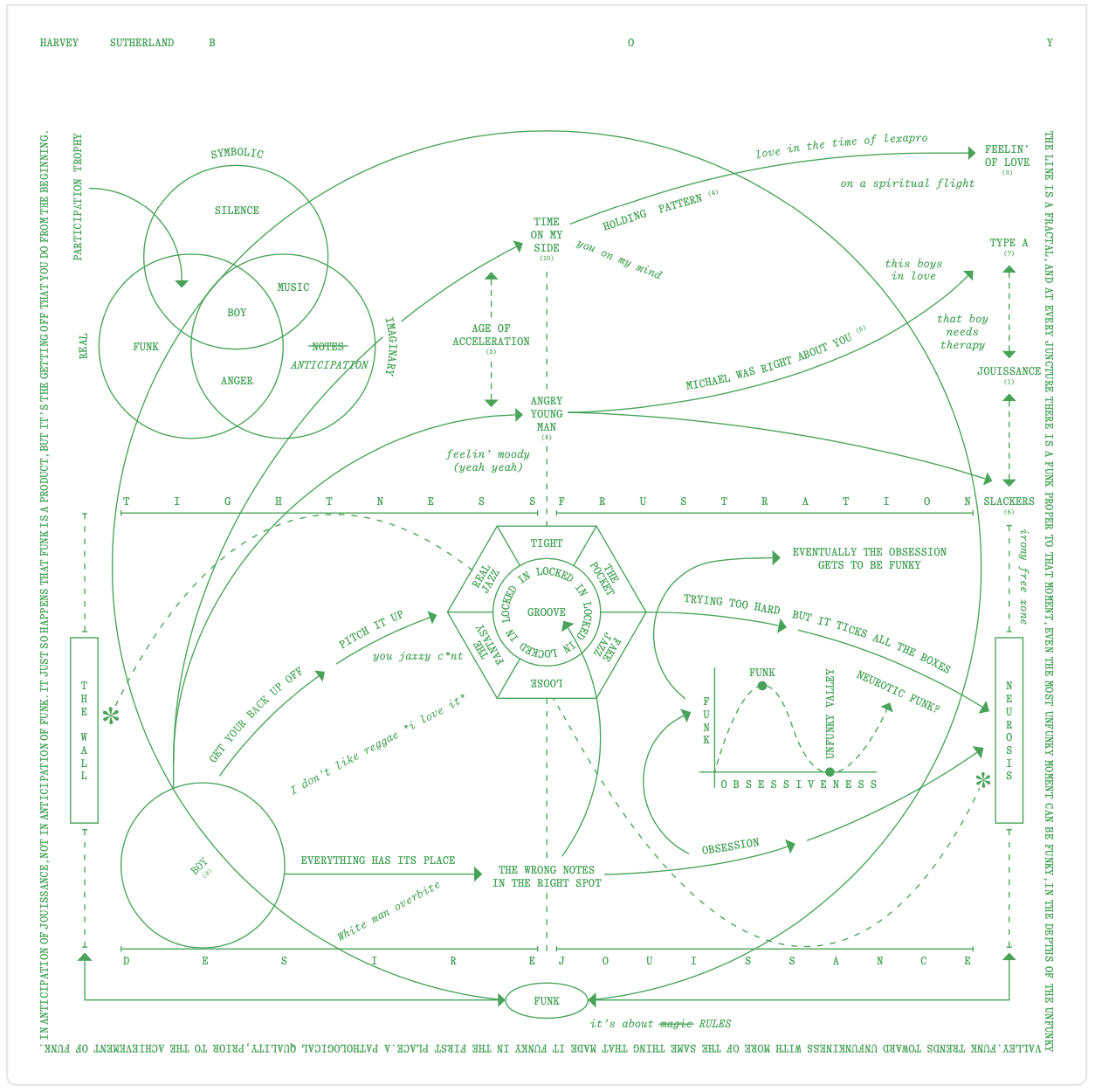 Read this next: Soulful, rhythmic, and vibey: Enter the world of Harvey Sutherland

Through a range of musical stylings dating back to the earliest days of funk and boogie, the producer finds influence in everything around him. ‘Boy’ is no different. Spanning synth-led numbers to added features from American boogie icon Dâm-Funk, ‘Boy’ replicates everything Sutherland has dreamt up over the years.

To celebrate the release of his debut record, Harvey Sutherland put together a playlist of neurotic funk essentials as we caught up with him on current earworms, Melbourne’s music scenes, and the definition behind ‘neurotic funk’.

Where do most of your influences hail from? Do you listen to a lot of other music while you produce?

I don’t like to listen to other stuff while I’m working on my own, but I always have other music in the back of my mind. So I’ll try and recreate a drum groove or a bassline reference from that faint sense of the musical idea rather than a straight-up facsimile — it always ends up being a bit wrong, like drawing a horse from memory.

Influences on this record — I guess just a weird blend of krautey electronic music and Todd Rundgren album sides.

Read this next: Listen to a playlist of gqom classics curated by Griffit Vigo 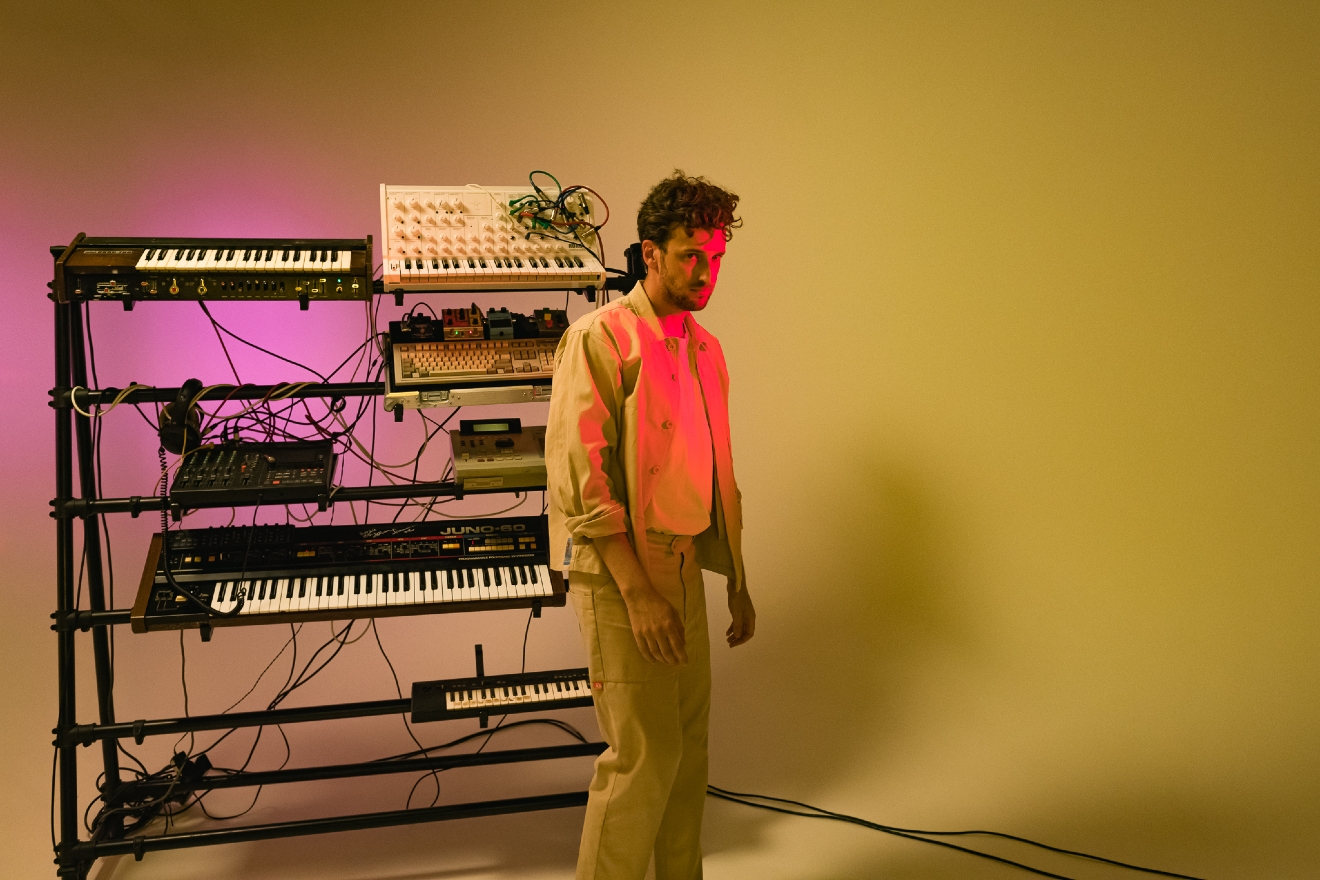 You’ve claimed to have an obsessive, perfectionist approach to making music which came through in the production of your debut album, ‘Boy’. How did this affect the process?

The obsessional aspect is in repetition — I’ll often just sit at the keyboard with the drums on loop, slowly building up a rhythmic idea or keyboard vamp, finding the right pocket, the right amount of notes, until it starts sitting right. Then I’ll hit record and do it all again. I kind of just repeat this process until the song starts jumping out at me, then it’s a slow process of elimination — less notes, less parts, refining down. It’s a trip.

The sleeve of ‘Boy’’s vinyl shows a fairly immaculate collection of diagrams, graphs and charts in the hopes of illustrating what it means to be funky. What is funk to you? And what is ‘neurotic funk’?

‘Neurotic Funk’ is what I like to call the end result of the process above — going well beyond the ‘optimum' groovy point into this weird overwrought dimension where things get all jerky and janky and end up in their own kind of funk. The diagram is a result of a long conversation with a friend of mine taking a lot of Lacan’s ideas about psychoanalysis and filtering them through this prism of ‘funkiness’ and lack thereof. I’ve possibly thought too much about it. 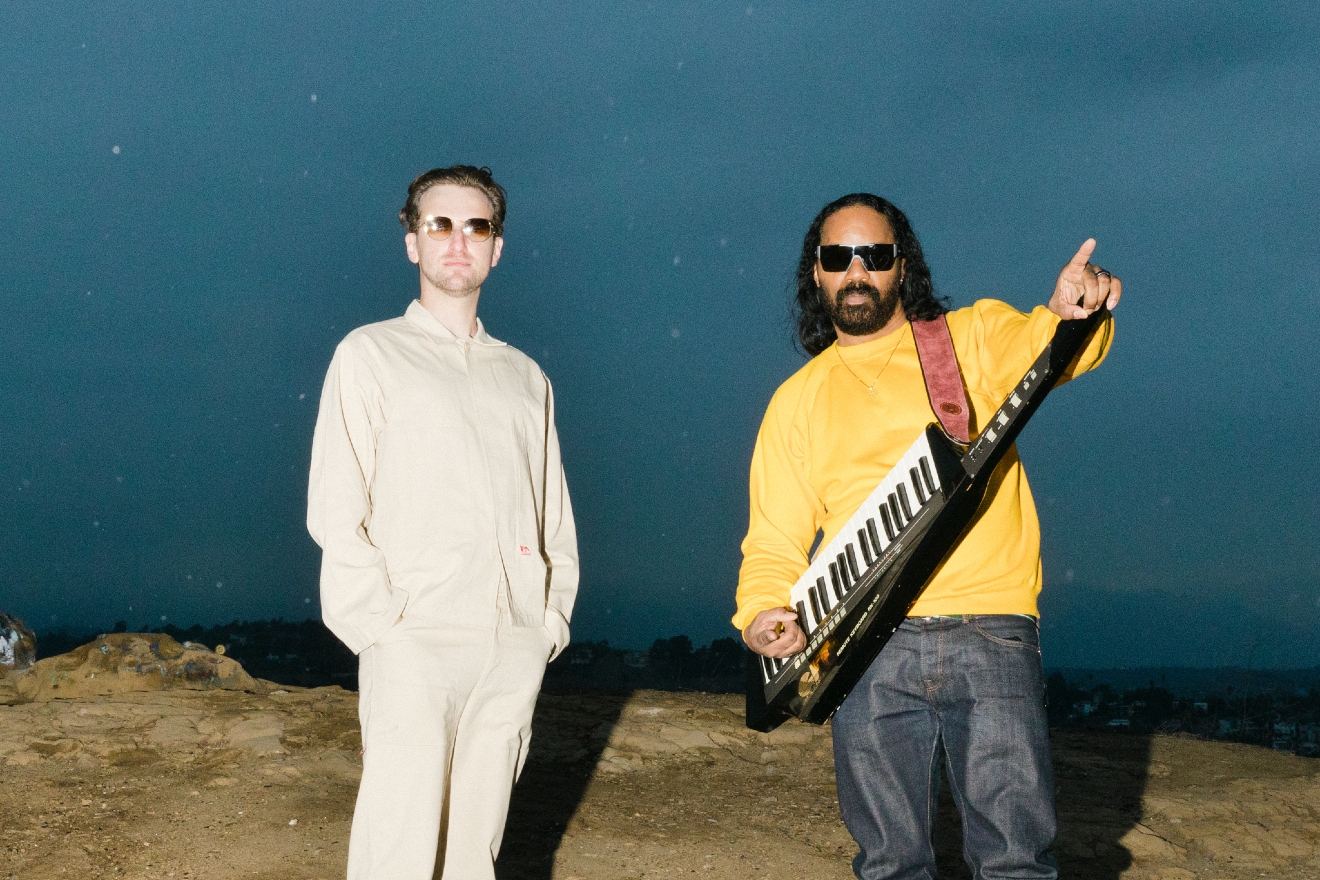 Does Melbourne have an exciting scene for that world of funk and boogie?

There are some amazing musicians that have the right pulse who can be subtle and sophisticated, but also turn up the slap where required. Funk is a team sport and it’s about ensemble and camaraderie — the Coburg crew like Surprise Chef and the College Of Knowledge are really leading the way there.

There’s also a lot of Unfunky Music out there at the moment, but those folks can still be saved.

Can you tell us about your playlist?

Some ‘first principles’ touchstones I always come back to — wobbly grooves, rigid rockers and a few oddities in between.

Harvey Sutherland’s debut album, ‘Boy’, is out now. Get it here