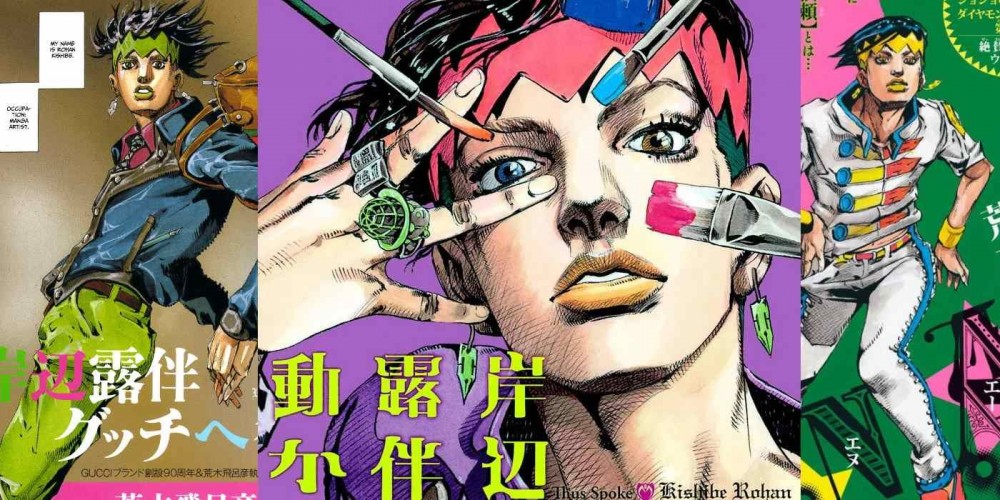 Thus Spoke Kishibe Rohan: Who Should Voice the Title Role in the Netflix Dub?

Seven Seas Entertainment has just announced that it will be releasing Super Sentai: Himitsu Sentai Gorenger – The Classic Manga Collection in both hardback and digital formats in April 2021, and Super Sentai fans are excited. The Super Sentai franchise is a Japanese institution. Starting in 1975, the tokusatsu franchise has spawned 44 seasons with the latest entry in the series, Mashin Sentai Kiramager, currently airing on television in Japan. Famously, footage from the 16th Super Sentai series, Kyōryū Sentai Zyuranger, was redubbed and used to create the Power Rangers franchise -- a tradition that continues to this day, with the current Power Rangers season, Power Rangers Beast Morphers, using footage from Tokumei Sentai Go-Busters.

Written by tokusatsu legend Shotaro Ishinomori, the creator of both the Super Sentai and Kamen Rider franchises, this manga was originally serialized in the Weekly Shōnen Sunday magazine in 1975 and was later collected into three volumes. The Gorenger manga retells the story of the very first Super Sentai series; however, it changes several plot details and massively expands the story, making it closer to an alternative version than a straight tie-in with the TV show.

The manga is set in a world where an evil group called the Black Cross Army is spreading chaos and despair. However, the Earth Guard League (referred to as EAGLE) try and stop them. The Black Cross Army destroys EAGLE's bases all across Japan, killing most of its agents in the process. However, five teenage recruits survive. One of these teens is Tsuyoshi Kaijo. Tsuyoshi's father is the head of EAGLE's Kanto branch, and just before he is murdered, he gives Tsuyoshi the Akarenger armor, allowing him to transform into a superpowered hero. In a bid to avenge his father, Tsuyoshi recruits four other teenagers, and together, these teens form Gorenger. Gorenger has one aim, to defeat the Black Cross Army once and for all and to bring peace back to Japan.

Seven Seas Entertainment's release will be the first time that this manga has ever been officially translated into English. And, as a bonus, the collection will come with a 30-page essay about the franchise and its origins written by tokusatsu expert, August Ragone. An interesting thing to note is that both Shout! Factory and Seven Seas Entertainment is using the same tagline on their Super Sentai releases: "Before Power Rangers, there was Super Sentai."

This has made fans hopeful that we'll see more classic Super Sentai series released on DVD and that more of the manga will get official translations. Long time Super Sentai fans or those who are looking to dip their toes into the massive franchise that led to Power Rangers should check out Super Sentai: Himitsu Sentai Gorenger – The Classic Manga Collection when it releases in April 2021.