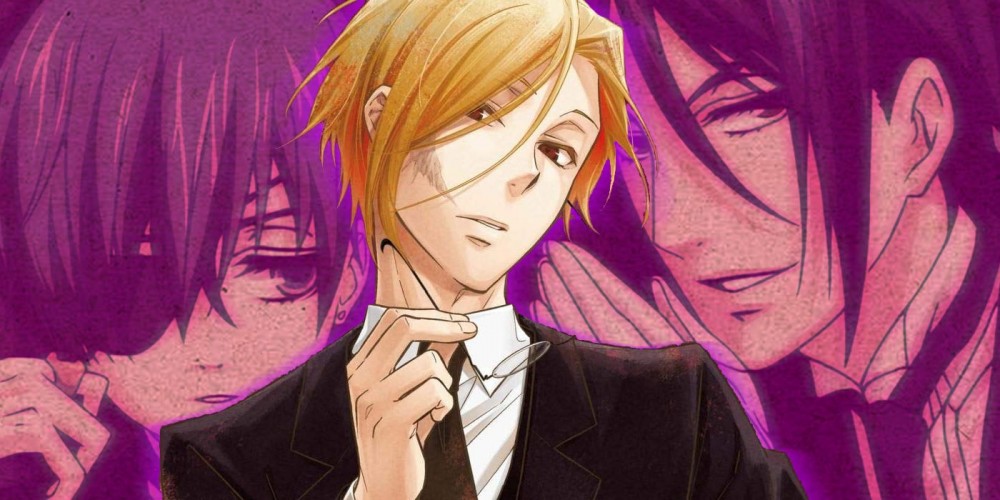 Moriarty the Patriot Could Be the New Black Butler

Early in the story of Fullmetal Alchemist: Brotherhood, Edward and Alphonse Elric got a lead on how to restore their mangled bodies: a state alchemist by the name of Shou Tucker.

Years ago, Edward and Alphonse committed the grave sin of attempting human transmutation and would do anything to correct that. As Tucker was known as the "sewing-life alchemist," he was a promising lead at the time, so the Elric brothers paid him a visit. Little did they know what Tucker was truly capable of.

The Pressure On Shou Tucker

Edward and Alphonse were eager to meet Shou Tucker, and they visited him at his large home. Tucker was a busy man -- deep in research at the time. After all, he was facing some pressure; the renewal of his state alchemist license was on the line and he needed a way to prove his worth to state officials. Tucker had few leads to offer the Elrics off the top of his head but he did allow the brothers to stay with his small family for a time; granting them access to his well-stocked library. Ed and Al had a great time perusing the Tucker family collection.

Shou Tucker wasn't alone, either. He lived with his young daughter Nina, on whom he doted, and the massive family dog, Alexander. Tucker was clearly motivated to keep his license so he could support his family, but he had to do it alone. His wife had left the family two years earlier, never to be seen again. Ed and Al took all this at face value, and after a few days, they were ready to move on. But one rainy afternoon, Ed and Al returned for some last-minute business, and Nina and Alexander were oddly absent. Then the Elric brothers found Shou in a large room upstairs with a peculiar new creature...

As the weather outside worsened, Ed and Al spoke to Shou Tucker again, and Mr. Tucker was quietly thrilled at what he had just done. He had done the impossible: using his sewing-life alchemy skills, he had created a living, talking chimera, a feat once considered impossible. Ed and Al were deeply impressed, and they marveled at the dog-person that could talk to them in a slow, deep voice. Then Ed noticed that Nina and Alexander were gone, which he questioned Tucker about. He also asked when Shou's wife had left the family. Two years ago, evidently, the exact same time when Shou had created a chimera to qualify for his state alchemist license. It was no coincidence.

Ed made the connection at once. Tucker had coldly used his own wife to create a chimera to prove his worth, and now, he had combined Alexander and Nina to create another one. There was no way to undo what he'd had done, and what also horrified Ed -- and viewers -- was that Shou Tucker showed absolutely no regret about it. He wanted to progress in alchemy and biological studies at any cost, even other people's lives, and he had accomplished his mission. Even when Edward furiously beat him, Mr. Tucker insisted that this was the alchemist's way and that as a fellow state alchemist, Ed should understand. Edward felt differently and stormed out of the house with a disgusted Alphonse (who also hated Shou but didn't hit him).

That was the last time Ed or Al saw Shou and his new chimera. Left alone, and now kept under guard by the police before his upcoming trial, Shou spoke to his chimera and wondered aloud why no one understood him and his ways. In his eyes, anything could be done in the name of alchemy and progress, and he thought that all these protests flew in the face of what state alchemy is all about. But no one was taking his side, and soon enough, a certain Ishvalan monk appeared, killed the house's guards, then killed Shou Tucker, too. This was Scar, and he felt heartbroken at what Nina and Alexander had become. There was no saving that chimera now, so Scar wished it peace and killed it with a single, merciful blow. To this day, Shou Tucker's abomination still strikes a chilling chord with Fullmetal Alchemist fans.