Maor Levi – Am I Dreaming (Brave The Storm Remix)

Marvel Comics provided CBR with an exclusive preview of What If…? Miles Morales #2, by writer John Ridley, artist Farid Karami, colorist Chris Sotomayor and letterer VC's Cory Petit. The preview reveals an alternate version of Miles who is the equivalent of X-Men mainstay Wolverine in action.

What If…? Has, as a comic book series, explored alternate possibilities for various heroes and looked at what might happen if changes were made to Marvel's Earth-616 continuity. The publisher's current Miles Morales series, which is slated for five issues, is looking at alternate versions of the titular hero and has already showed off a Captain America version of the character. There are also plans for a Miles Hulk and Miles Thor.

In our exclusive preview of What If…? Miles Morales #2, the titular hero finds himself in Rhinelander, Wisconsin, where he's accosted by Sentinels for being a mutant. He then puts out his claws and attacks the Sentinels, showing that he's the best there is at what he does, and what he does isn't very nice for mutant-hating robots. As the preview comes to a close, Miles faces off against Agent J, who is working for his universe's version of S.H.I.E.L.D.

Created by Brian Michael Bendis and Sara Pichelli, Miles first appeared in 2011's Ultimate Fallout #4. The character served as Spider-Man in the Ultimate Marvel universe following the death of that world's Peter Parker. Later, during the events of 2015's Secret Wars storyline, Miles joined the standard Earth-616 universe. Like Peter, Miles gets bitten by a radioactive spider, which gives him powers similar to those of his predecessor. However, Miles has a number of unique abilities, including camouflage and his venom strike.

Created by Roy Thomas, Len Wein and John Romita Sr., Wolverine made his first full appearance in 1974's The Incredible Hulk #181. A mutant, Wolverine is able to regenerate after taking damage, making him incredibly durable. His bones were also infused with adamantium, making him virtually indestructible. In the years since his creation, Wolverine has become one of the most popular characters in the history of Marvel Comics.

You can read CBR's exclusive preview of What If…? Miles Morales #2 below alongside the solicitation information for the issue. 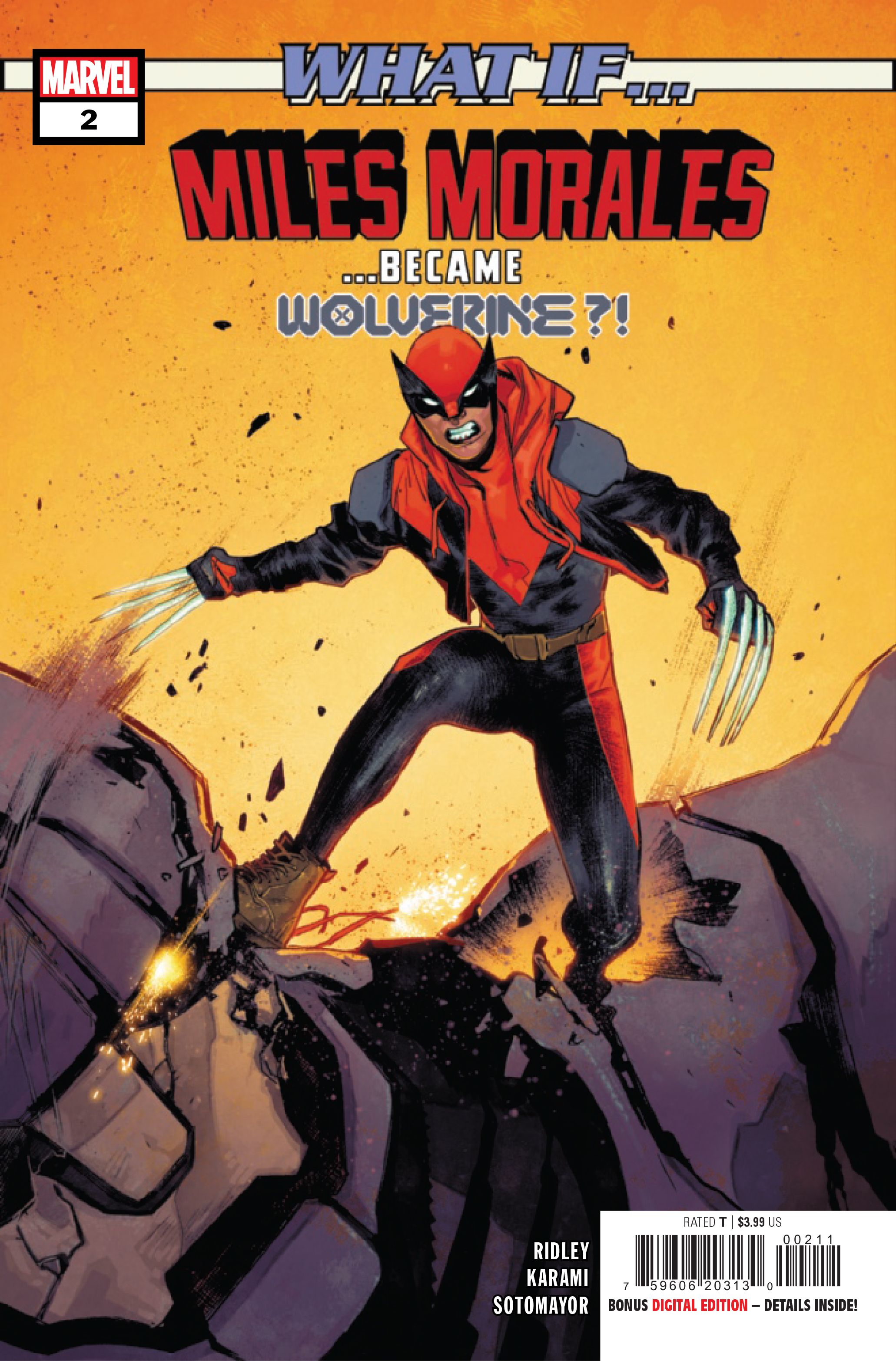 Releasing April 13 from Marvel Comics, What If…? Miles Morales #2 features a main cover from Sara Pichelli and Nolan Woodward, as well as variants from Declan Shalvey; Carlos Pacheco; Rafael Fonteriz and Guru e-Fx; and Paco Medina.

Read Next
About The Author