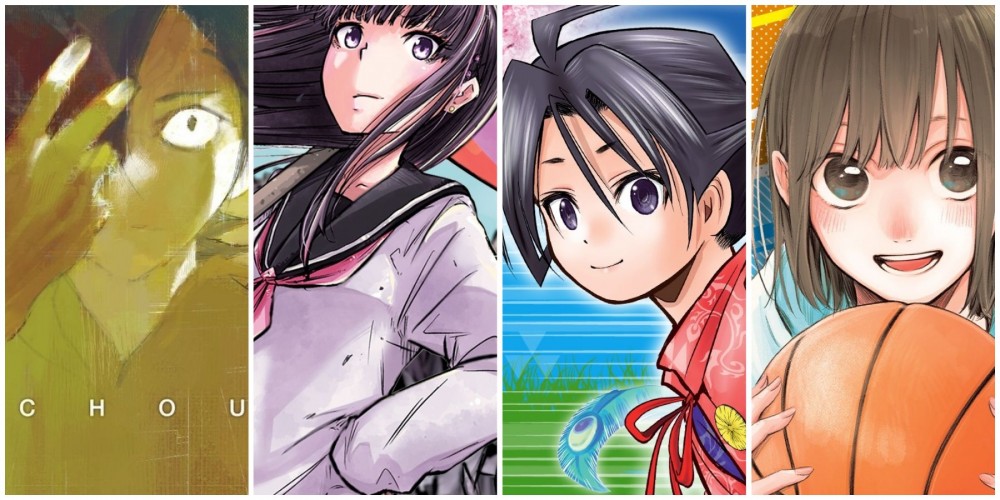 After the satisfying conclusion of Re:Zero Season 2 and a potentially long wait until Season 3, it’s understandable that fans are clamoring for Re:Zero creator Tappei Nagatsuki’s next project, Vivy: Fluorite Eye's Song. This original anime is co-written by Nagatsuki and the writer of the sci-fi/horror visual novel Chaos;Child Eiji Umehara, and animated by Wit Studio. While the anime shares some similarities with Re:Zero, it stands on its own as a thought-provoking sci-fi story that is perfect for our time.

The story of Vivy follows an A.I.-powered android named Vivy, a name given to her by a human girl. Vivy was originally created to be a songstress that performs in a theme park. One day, a mysterious A.I. hacks into Vivy’s system and claims to be from 100 years in the future. The A.I. takes the shape of a teddy bear and calls itself Matsumoto. It tells Vivy that a war between A.I. and humans will break out in 100 years and humanity will be wiped out. To prevent this, Vivy and Matsumoto need to stop A.I. technology from over-developing by changing the outcomes of various singularity events, thereby changing history.

The connection between Re:Zero and Vivy is clear: both stories are about trying to change history by redoing key events. But in Re:Zero, Subaru has the benefit of redoing the same event many times over. Meanwhile, in Vivy, the protagonists only have one chance to rewrite history, Matsumoto even actively stops Vivy from changing too much by cutting off her arm at the end of Episode 2. This means that the time travel in Vivy's world is linear, rather than parallel, and all actions will have consequences in history.

Time-traveling also brings up the possibility of the butterfly effect, a topic well explored in Re:Zero, and is equally well illustrated in Vivy. The way events move forward in Vivy is not as straightforward as one would expect. For instance, the first mission Vivy and Matsumoto go on is to stop the assassination of a pro-A.I. politician. According to Matsumoto, the rise of A.I. begins with legislation called the “A.I. Naming Law,” which is passed in response to the politician’s death. In order for the law to not be passed, the politician needs to survive.

Ironically, after the politician is saved by Vivy, he turns from a cynic that only uses A.I. rights to gain political credit to someone that genuinely advocates for A.I. rights, and an even more lenient version of the A.I. rights law is passed as a result. This shows that history is not linear at all, with tragedies leading to positive changes as often as they result in even more tragedy. Changing seemingly related things doesn't always add up to an ideal result.

But the series also doesn’t try to get too complex with its time travel. Umehara and Nagatsuki discussed that they intentionally made the science of the series less complicated. The result is a timely, human story about societal change, despite the A.I. focus. The A.I. in the series is clearly an allegory for minorities and while the comparison of oppressed peoples to computer programs isn't without its issues, on its own, A.I technology is still a realistic prospect for our future, realistic to make the questions Vivy raises about them relevant even without allegory.

What Vivy does cleverly is that the narrative doesn’t take a particular side. A.I.s are shown committing atrocities at the beginning of the series, so viewers understand why many feel they need to be reined in, with even Matsumoto constantly acting in increasingly dangerous ways. But at the same time, many humans in the series are also arrogant, selfish or ruthless terrorists, so even they are not all that sympathetic. So far, the only clearly “good” major character is Vivy, and it’s because of her ability to empathize with everyone and not take sides.

The way Vivy portrays the gray area in society is nuanced and thoughtful and, add to it the mystery behind Matsumoto’s actions and the thrill of each mission, and you have a thoroughly engaging series. Vivy is not just a retread of Re:Zero, from looking at the trajectory of the story, it’s not even necessarily about changing the course of history, but rather showing the journey that takes history towards where it could ultimately go, as a compound of events with many different actors and motivations. It’s a fascinating look at human nature through the lens of an A.I.