Beastars: All Season 2's Differences From the Manga

Welcome to Mixmag's guide to the best mixes of 2021 so far.

Bringing you month-by-month updates of the best mixes from DJs and dance music platforms from around the world.

All you need to do is press play – simple!

Read on for our reviews and the audio. 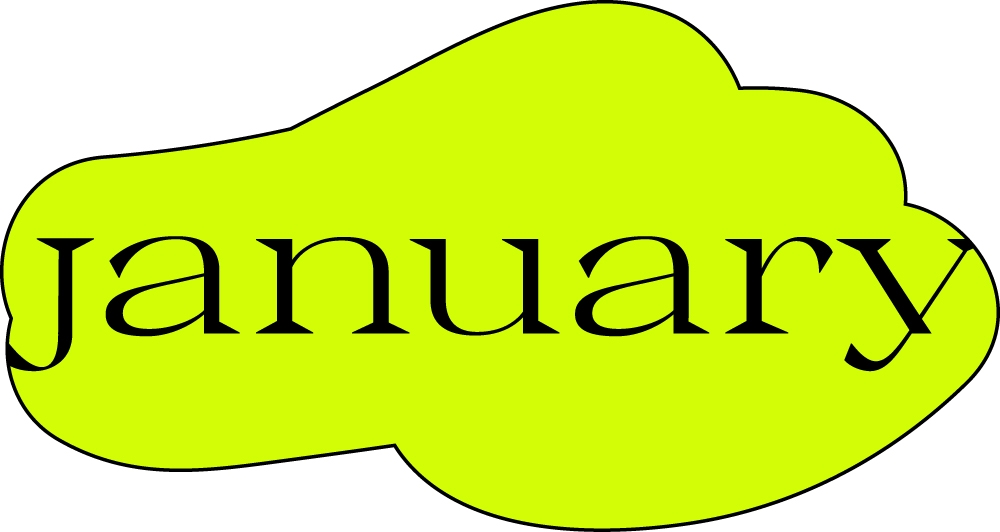 The exclusive Cover Mix that Bicep put together to accompany their Mixmag cover shows that the chart-bothering duo are most definitely not resting on their laurels when it comes to seeking new music and platforming cutting-edge artists. This, their most recent DJ set, is as sharp as their sophomore album 'Isles' and extends the breadth of their breakbeat rave vision, selecting tracks from producers who share their love of big, bold warehouse music full of choppy and swung rhythms. This hour-long workout sounds like it was recorded off dubplate at 4am in some ungodly rave: fag ash falling onto the mixer, dancers swarming the booth and sweat dripping from the ceiling. As you'd expect it's evocative and full of dancefloor pump. Bicep are building a movement and, a decade into their career, they're really only just getting started.

This is the second instalment of Nabihah Iqbal's 'New Music Energy' mix series, in which she goes into the mix armed only with brand new music she's been sent or has found every month. This is the kind of energy we're looking for in 2021 and the SoundCloud upload comes with a tracklist and links to each artist's Bandcamp. Check out Nabihah's mix for the Mixmag Lab from January here too.

Deep tech godfather Mark Radford has started doing radio again, finding home on the illustrious House FM after a long stint on Rinse. He's picked up his Saturday night slot and has duly been banging out a deep tech manifesto that includes an obscene amount of new and unreleased material from his Audio Rehab label and elsewhere in the scene. Lock in to any of his shows and you'll bear witness to raw, underground house music that's pushing into the future.

London house veteran DJ IC has been representing the city's afro house movement for several years now and his In Session mix for us illustrates his love of new music and dexterity behind the decks. At 45 minutes, this mix goes heavy on the party vibes and is just one of the many examples of why the afro house scene is firing right now.

The 83rd makes club music heavily influenced by the tradition of Black radicalism. His approach to production is inventive and uncompromising, making for dance music that is incendiary in the way it is both protest music and cathartic for the dancefloor. His Impact mix spans a wide array of radical Black music and he connects the dots between genres with ease.

Stefan Ringer’s music - whether that’s his own productions or selections - drips with swag. The Atlanta, Georgia producer makes sultry house music (check ‘Reach’ and ‘otw’) and his mixes follow suit in the level of groove, soul and class he delivers. Boss of the FWM label, he’s also got the FWM show on London radio station Balamii. The second instalment was broadcast this month, with him delivering two hours of calming beats and ideal home listening tunes. He goes from the cosmic jazz flavours of Herbie Hancock’s ‘Sun Touch’ and Swarvy’s tender remix of Braxton Cook’s ‘Somewhere In Between’ into smooth house such as Marcellus Pittman and Crystal Procedures’ ‘Pick Yourself Up’ and Ron Trent’s mix of USG’s ‘Ncameu’. Proper chill out tunes - albeit with a few heavier cuts thrown in - from a DJ on the up.

If you want a lesson in eclecticism, I suggest you sit yourself down, open your notebook and listen to RAMZi’s mix as her alias BigBird for Tbilisi’s Mutant Radio. At one point she’s dropping trippy Japanese downtempo in the form of Kodo’s ‘Ibuki Reconstruction’, then she moves into synth-laden Bhangra with Johnny Zee’s ‘Disco-de Rani’. She keeps space for more classic, straight-down-the-line dance music with Mr. Fingers’ ‘Children At Play’ and also slots in ‘Falling In Love’, a breezy boogie-funk-rap jam by System Olympia and London rapper P Nut. You’ll be searching the internet for the IDs and falling down artist and genre wormholes once you’ve finished.

Kush Jones does not hang about to unleash the heavy artillery. As soon as he says the last word on his intro for his Beats In Space mix, in comes the thumping kicks of Boo Williams’ 1996 cut ‘Lazy Mood’. This sets the tone for an extremely stomping bruiser of a mix from the New Yorker who’s been on fire of late. He throws in a bunch of his own relentless footwork and bass-crunching tracks among tunes like Galaxy II Galaxy’s ‘Star Sailing’, LTJ Bukem’s hypnotic ‘Music’, Anz’s zingy, space-age cut ‘No Harm’ and the Tuff Jam Dub of Tuff Jam’s ‘Let Me Tell You’. The comedown from a dizzying 90-minute mix is tended to by final cut ‘Nights Over Egypt’ by The Jones Girls. Lovely.

Atlanta's Zaida turns out a bumpin' mix for Random Note that speeds its way through the many shades of club music, connecting the dots between ATL, Detroit, London, Baltimore and New York. There are plenty of surprises and a decent dose of Zaida's own productions as she draws for sounds that'll make you go hype at night (or wherever you listen to this mix tbf). This is a no BS selection full of bounce and grit which is just how we like it.

Clipz (aka Redlight's d'n'b alias) has just remixed Richard Russell's 'Friday Forever', an exercise that sees him pluck that LP's many excellent hooks and turn them into rude-yet-melodic jungle drum 'n' bass bangers. The result is 'Saturday Specials', a ridiculously joyous album that will make you clock out of whatever it is you're doing to skank the fuck out. In this promo stream for the remix release hosted on Resident Advisor, jungle OG Jumpin Jack Frost takes dubplates of the album tracks down to fabric's famous Room 1 to give them a proper rinse. Awesome concept, brilliant mix – just a shame it's not longer!

KMRU makes ambient music to get lost in and is one of the leading young artists pushing the sound forward. In this Fresh Kicks mix for DJ Mag, he let's a bunch of unreleased music unfurl alongside contemporaries like Malibu, Emily A. Sprague and Jake Muir. The selection acts as a primer to his vision for ambient as well as other artists in the scene making inventive new music. It's also incredibly relaxing, which we're sure you'll appreciate right now.

Alexis in The Mixmag Lab LDN

South London's Alexis come through with a distinctly UK take on techno, laying down a set that twists and turns and is full of all sorts of mad angles, jagged edges and low-end bass. The set begins in a broken manner, before cruising through some electro-tinged cuts and ending on a thumping, more linear home straight. Take me to the club now pls!

Cassius Select’s contribution to the Dekmantel mix series is a twisting, rhythmic workout that will have you hooked for the full hour. There’s lulls and peaks in the energy, but a gripping sense of tension maintains throughout, as you mentally prepare for the next direction the Canadian artist drags you down. Enjoy the ride.

The first instalment to Finn and Local Action’s exciting Mixtape Club project from Ariel Zetina is packed full of unreleased music, showcasing the inspiring sound of her Chicago club cohorts. Speaking to Crack about the project recently, Tom Lea said: “there’s a historical legacy of the dance music mixtape as a singular statement or a scene-defining snapshot that feels, to us, like it’s been lost a little bit.” Anyone who's experienced the joy of digging through old rave tape archives will attest to the importance of mixtapes. You can sing up to the Patreon to fund the project and future editions here.

Not technically this year but released in the year twilight zone of New Year’s Eve so it counts. A day associated with a carnival atmosphere was the perfect timing for this mix to drop: it’s an invigorating ride through the style of bass, breaks and broken techno the Zenker Brothers specialise in.

Anz didn’t have to go so hard to save us from the bleak depths of lockdown January, but she did, for us! Piano house is up there with the best - and critically, most euphoric - house subgenres, and this hour long show is full of it. It’s a nonstop delight that will have you beaming like it’s summer 2018.

Peach’s instalment to the RA podcast series is a guaranteed mood elevator that arrived bang on cue in this particularly grim January. After easing in with a smooth and atmospheric opening section, the mix kicks into action with a irresistible selection of energising tunes. Highlights include a sample of Kevin Bishop’s pill-popping character on Peep Show (“This guy’s a genius! He’s bringing it up, he’s bringing it up! Oo, he’s taking it down”), OCB’s wiggy electro and breaks hybrid ‘Brussels Electronic’ and an unreleased Peach track around the hour mark that has us watching out closely for release details.

Jessia Karissa’s Mixmag profile of Tygapaw , published last December, gave insight into the journey towards radical self-love that has inspired Tygapaw to cast aside inhibitions and set herself free artistically. That no-holds-barred approach powers through in the New York-based artist’s Crack Mix. It opens with a potent quote from ballroom star and AIDS educator Octavia St. Laurent: “Everything you do in life is like a boomerang: when you throw it, it eventually comes back. Don’t fuck with me.” The ensuing sounds embody this fist raising energy in a powerful statement of Black queer identitiy that spans, techno, r’n’b and rave edits.

Crafting an Essential Mix comprising entirely your own music is a confident statement about the strength of your artistic output. Listening to AceMo and MoMA Ready’s instalment to BBC Radio 1’s series, it’s clear they’re right to back their vision. Across two hours of solo productions, remixes and collaborative tracks the New York duo move through a variety of next-level sounds, spanning jazz-infused breaks, haywire techno, uplifting house and more. It’s the sound of two contemporary pioneers in full flow.

At 9am on a Sunday morning in January as DJ EZ powered through the fifteenth hour of 24-hour live stream, UK rapper B-Live took to Twitter and said: “DJ EZ is playing 24 hours of different garage music and I have played 250 garage raves in the last four years and heard the same 20 tunes on repeat.” Don’t let anyone ever tell you UK garage is a faded genre that died in the 90s and lacks variety, or if they do, point them towards this DJ EZ set to prove them wrong. It’s essential: the master of the genre is in full flow across the full day’s worth of music. And in partnership with Defected, it also raised £89,666 (and counting, donate here) for mental health charity MIND. Legendary status.

Read this next: Get the best of Mixmag direct to your Facebook DMs