DEAD CERT. Records is a label linked to the deathtechno.com project ran by Jack! Who? in the UK. A diverse palette has seen previous releases feature artists including Roberto, Paul Mac, TWR72, Echoplex, Eomac and Petter B.

DEADCERTBLACK003 is the return of the vinyl only series limited to 200 copies.

Jay Clarke is also from London and runs the Blackaxon imprint while having his music found on labels like Ben Klock’s Klockworks, Slam’s Soma, and Coyu’s Suara.

“Cosmic Particle” is a pacy and hypnotic trip with a distinctive dystopian feel amidst haunting, atmospheric features.

The second offering titled “Equinox” utilises electric textures and interesting sonic design over a thunderous beat with a brooding mood and dark elements.

Jay Clarke’s remix of Equinox is a full throttle rework that results in a powerful, driving interpretation with its own raw character and ferocious attitude.

The closing original “Ray of Light” propels itself forward with a sinister fervour while using cyclical, chopping tones to create an engaging and cerebral experience. 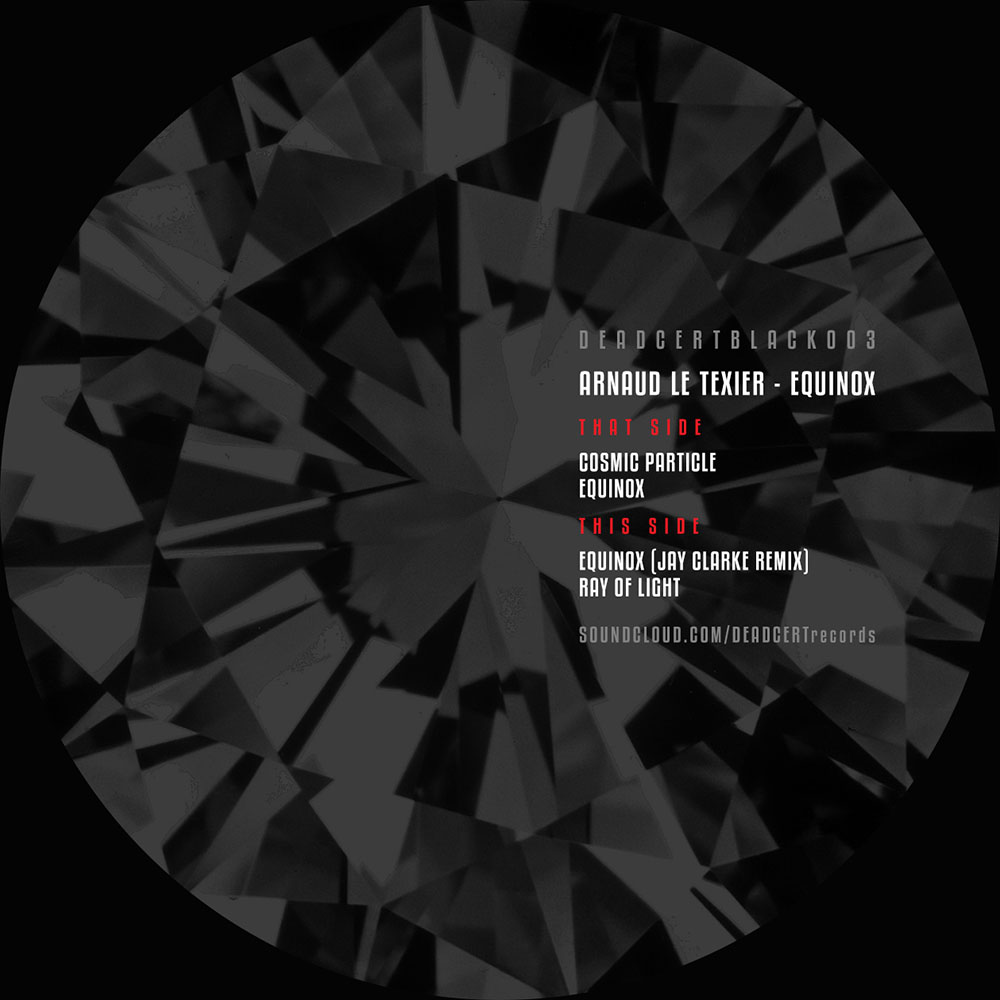