Top New Music To Listen to This Week

Yu-Gi-Oh!: Dueling on Motorbikes Was Kind of Cool, Actually

Obey Me! is a mobile otome game that will have an anime adaptation released this summer. The mobile game is currently on Season 3, providing plenty of source material for the anime to pull from, and there are seven devilishly handsome brothers to get to know before the TV version arrives.

In the Obey Me! storyline, the main character (MC) is a human exchange student who is sent to the Devildom to help strengthen the bonds between the Devildom, Human and Celestial Realms. As the most powerful demons in the Devildom, the MC moves into the House of Lamentation where the demon brothers live while under their protection. The seven brothers are fallen angels, all representing one of the seven deadly sins, as listed below.

The Avatar of Pride and a fallen archangel, Lucifer is the eldest of the demon brothers. He has a strict and intimidating personality that keeps his brothers in check -- whether they want to listen to him or not. Lucifer is best friends with Lord Diavolo, the prince of the Devildom. Both feared and admired as the most powerful demons, they maintain order throughout the Devildom.

Lucifer's reputation and popularity keep the human MC safe from other demons during the exchange program. His favorite pastimes are listening to classical music and working in his study. As the head of the household, he can be overprotective of the MC, but while his guarded personality and sense of duty keep them at arm's length, he cannot deny his romantic feelings toward the MC for long.

Mammon is the Avatar of Greed and a classic tsundere. He is the second oldest brother and often gets into trouble, mostly thanks to a spending and gambling problem, which means he's constantly in debt. As a model, he does earn some of his own money... while stealing the rest from Lucifer and his brothers.

Mammon is adamantly against the MC and the human exchange program originally, but his tough façade quickly melts away. He's the first brother to make a pact with the MC, which gives the human power to control and make deals with the demon. Because of this pact, Mammon often reminds the MC that he was their "first" whenever they get too close to his other brothers. He may be a jealous and loudmouth troublemaker, but he loves the MC and finds it impossible to say no to them.

Levi is the Avatar of Envy and an introverted otaku. As such, he stereotypically struggles with low self-esteem and self-pity, typically saying self-deprecating comments until the MC compliments him. As a self-proclaimed otaku, he calls everyone else "normies" and feels like no one understands him, often distancing himself from his brothers and even making them answer a password before speaking to them.

Levi prefers the virtual world over the real one, consuming media as a form of escape. He's obsessive when it comes to things he loves, like Ruri-chan and "The Tale of the Seven Lords." He mostly stays in his room watching anime and reading manga, but he's happiest when playing video games all night with the MC. As the Avatar of Envy, he gets jealous and feels threatened whenever the MC spends time with his brothers instead of him.

Satan is the Avatar of Wrath, and his quick temperament reflects that. He was born from Lucifer's wrath, which is a major point of contention for the two brothers. Satan despises his eldest brother because he feels like he isn't viewed as his own demon, and instead, just an extension of Lucifer. Despite this connection, Satan has a unique personality that greatly differs from his brothers. He is cordial and polite, acting composed whenever his anger isn't triggered.

His bedroom resembles a library because his favorite things in the world are books and cats. He rivals Lucifer as the most intelligent of the demon brothers, being well-versed in literature and magic. He loves tutoring the MC in magic and the ways of the Devildom, finding pride and joy whenever the MC performs well in the exchange program. Like his other brothers, he ends up making a pact and falling for the MC. 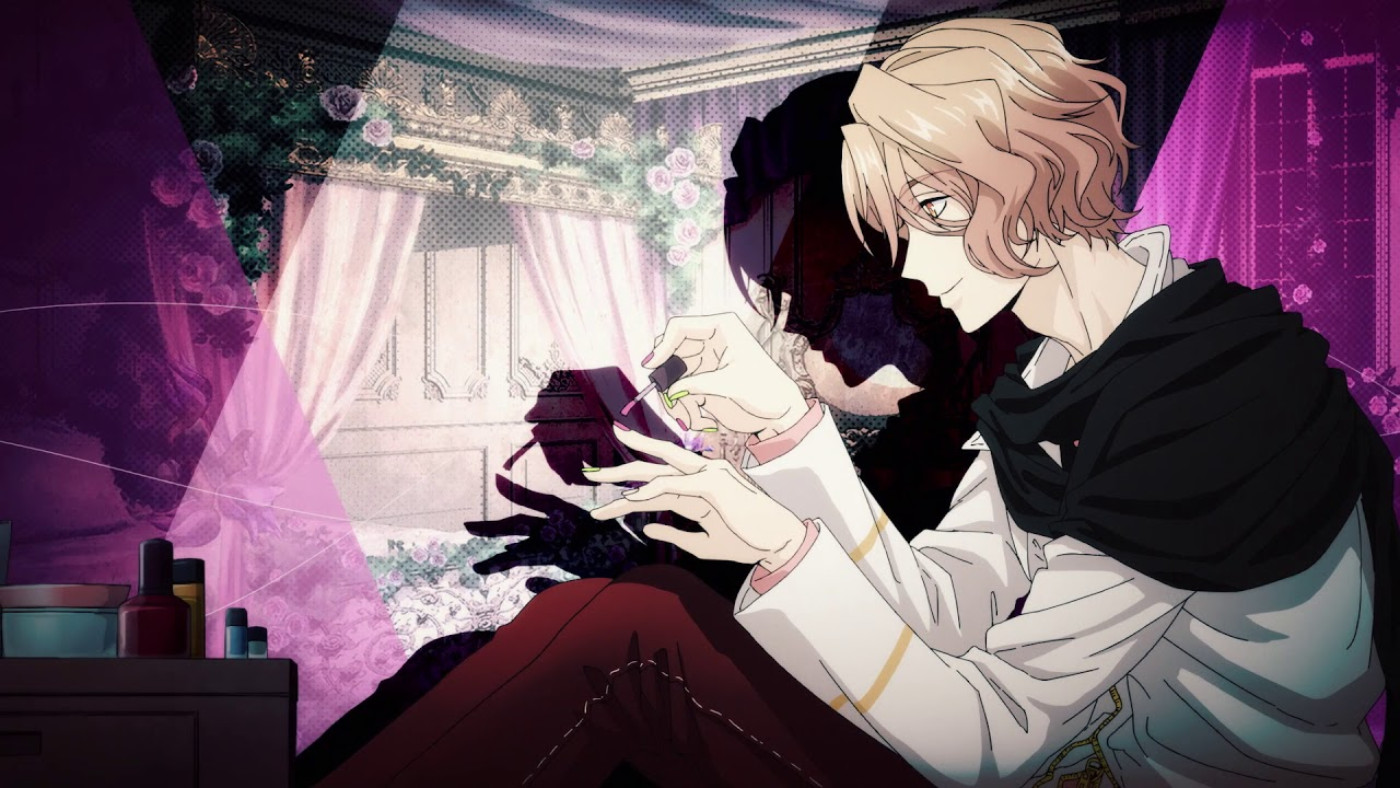 As the Avatar of Lust, Asmo is the most flirtatious and eccentric of the brothers. He is narcissistic and vain, often claiming that no one can resist his beauty, and he loves to go shopping for makeup and clothes because he takes great care in his appearance. As a socialite who frequents parties and nightclubs, he's acquainted with nearly everyone in the Devildom, while his positive and bubbly personality typically eases the tension whenever his brothers are fighting.

Unlike most of his brothers, he is kind to the MC and curious about the human exchange program from the very beginning. He shamelessly makes provocative comments and suggestions to the MC, like taking a bath or sleeping in his room. His flirtatious personality can make it difficult to tell whether his compliments are genuine or not; however, Asmo falls deeply for the MC and wants them to himself.

Beel is the Avatar of Gluttony and the tallest of the seven brothers. He eats anything and everything, even inedible objects when the situation calls for it; his appetite truly knowing no bounds given his bottomless stomach. Since he's always hungry, he can easily be bribed with food. But despite his eating habits, he is physically the strongest of the brothers.

While his demon brothers are rowdy and hectic, he is soft-natured and cares deeply for everyone. Beel feels a need to protect and look after the MC, both before and after making a pact. He is also part of a set of twins with Belphegor, with who he shares a room. Both are the youngest of the seven brothers, sharing a special bond and loyalty to one another. They even have two twin stars in the sky named after them.

Belphie is the Avatar of Sloth, so can typically be found napping or stargazing. He even carries a pillow around because he's always sleepy. As the youngest of the brothers, he's rebellious, often ignoring Lucifer's commands or not saying much at all, but he's vocal when his quick temper comes out. He can lie and manipulate others when it's in his best interest, so his brothers often question what he says.

Despite his disdain for humans and the human exchange program, he takes a liking to the MC when he gets to know them -- often inviting them to the planetarium in the House of Lamentation, which is his favorite room. He prefers quiet, low-key evenings where he can relax without worry. His favorite activities are stargazing with the MC or sleeping in the MC's lap, to the jealousy of his older brothers.