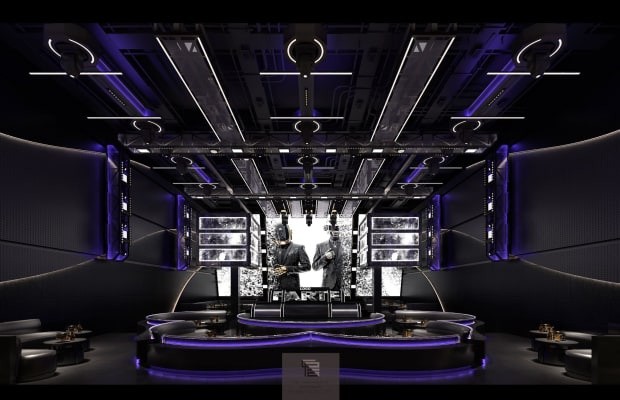 Abel's obsession over Fena has been unsettling, to say the least, and knowing it stems from his feelings for her mother makes it even more uncomfortable. But in an unexpected turn of events, Episode 9 of Fena: Pirate Princess explores Abel's past when he first met Helena and her untimely death. Details about Abel and Helena's relationship are revealed, shedding light on how he fell in love with Fena's mother. His backstory doesn't really make him any less creepy, but at least we know now how he became the person he is today.

According to Maki Terashima-Furuta, the president at Production I.G. USA, Episode 9's portion of Abel's past is all hand-drawn and painted on paper. This gives off the effect of a hazy, dream-like quality and has an interesting effect where the characters have clearer lines in comparison to the background. It's like Abel and Helena are plucked out of Fena: Pirate Princess and placed into a different story from another era. As a young boy, Abel often spent his time in the gardens, painting and sketching. One day, he tries to run for cover when the rain falls but he gets lost, then hears someone dancing on the other side of the garden.

There, a young girl with long blond hair is dancing barefoot, flower petals swirling around her. She notices Abel and introduces herself as Helena. The two get closer and Abel tells her he's a prince, but that he will never be a king. He has no friends or family, making Helena his very first friend. His sketches are now all of Helena and it's love at first sight.

As we could guess from current events in Fena: Pirate Princess, their subsequent story doesn't get a happy ending. Abel goes to visit Helena again and when he calls out to her, it looks like Helena wants to answer but she gets stopped by her butler, Franz. After this, Abel doesn't see Helena for a long time. The only time he hears of her whereabouts is through the maids' gossip: Helena, pregnant with the king's child, is rumored to have eloped with Franz. If she were ever to be found, she will be executed.

Many years pass before Abel hears word of Helena again, and it's in cruelest of circumstances: in jail, awaiting her death. Her long hair gone, Helena is wearing a plain dress with short hair that looks like Fena's. Distraught, Abel asks why Helena left him all alone. He begs her not to leave him alone again.

Like the real Joan of Arc, Helena is burned at the stake to the rousing jeers of onlookers. Abel is the only one to look away as Helena dies. Prior to Episode 9, Fena: Pirate Princess had always framed Abel as the bad guy and Franz the good guy, but things are not as clear-cut as they seemed. According to Helena, Franz told her La Pucelle could only be born if Helena had the king's baby, meaning it might have been a forced pregnancy. This also means that Fena and Abel are half-siblings, which makes their interactions a little more disturbing -- especially since Abel must have known who Fena was all along.

Because Fena and Helena look so much alike, he doesn't really see Fena when looking at her -- he sees Helena, and his yearning to be with her again causes him to do some heinous things. In a way, Yukihisa was right: Helena did drive Abel mad but it wasn't because she was a witch. Losing Helena twice -- once to his father and Franz and the second time to death -- drove him mad with heartbreak and grief.